Home / All  / Tech  / Getting your business to go viral: from felines to frozen water. 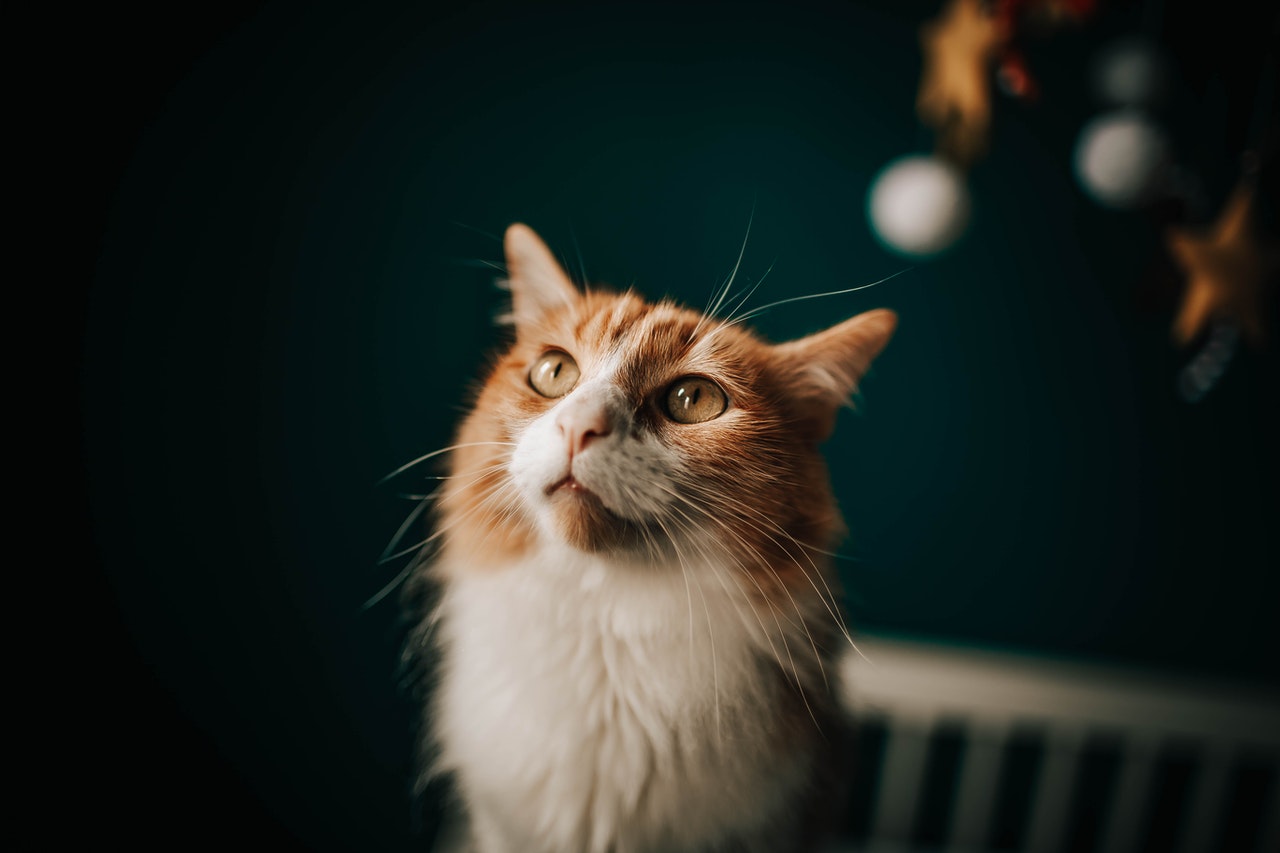 Getting your business to go viral: from felines to frozen water.

Rising from relative obscurity in the Western world in 2012, it seems that Psy can’t stay out of the headlines now, with his involvement in a minor car crash almost immediately trending on Facebook newsfeeds across the world. Thankfully, no one was injured in the incident that involved his Rolls Royce bumping into a bus but it didn’t take long for the incident to make headlines across social media. But considering just how unknown Psy was prior to his hit Gangnam Style, and how little work he has released since then, it’s fascinating to look back on the rise of the Korean pop sensation.

The South Korean pop star was the first to reach 2 billion views on a YouTube video for his catchy pop song that all but took over the Internet after its release in July of 2012. His success was unprecedented and shot him to global superstardom with an alarming speed, and although his more recent musical endeavours have gone largely unnoticed, he already made his mark with his first viral video.

When looking at just how something goes viral online, Gangnam Style is a great place to start. The clever campaign behind the video’s success was what earned Psy the recognition he has now, but there’s more to going viral than a catchy song and fun video. Around the same time as Gangnam Style was released, the rise of Tardar Sauce, more commonly known as Grumpy Cat, began across the Internet, turning her into somewhat of a phenomenon that continues to appear all across social media today. Though the rise occurred in tandem with Psy’s escalation, the business behind their success differed hugely.

But if we’re measuring the success of viral campaigns, then there is one that sticks out in recent memory far more than any other, proving it isn’t all just about personal revenue and fun and games. The ALS Ice Bucket Challenge, a viral campaign designed to raise money for research into amyotrophic lateral sclerosis (ALS), raised almost $100 million in a 28-day period, compared to the $2.7 million it had raised in the same time period the year before.

Ultimately, all of these have the same end result: serious cash flow for the business behind the campaign, no matter what industry. There’s a different structure that attaches itself to each marketing strategy, but for these three businesses, their individual strategies worked. Certainly in the case of Psy, who was able to afford to leave the scene of his Rolls Royce wreck in a shiny new Porsche, viral success has led to a serious boost in revenue.

Released in July of 2012, by the end of the year, Psy’s hit song, Gangnam Style, was making waves across the world. By December, it was the first video on YouTube to have reached one billion views, overtaking songs by arguably more successful artists like Justin Bieber. The magic behind Gangnam Style lies not in the song’s catchy rhythm or lyrics, but in the record label’s crafting of the accompanying music video.

Though there is the cute and fluffy approach which we will look at later on in the article, Psy and his record label looked to all things fun in their video’s creation. Whilst the song itself is very catchy, with lyrics that are understandable across multiple languages and cultures, the video is what really led to Psy’s success. With bright colours and flashing lights, the video is immediately attractive to kids. Importantly, there was also the integration of topical Korean characters, including those who had already exploded on social media in South Korea, which made it much easier for people to relate and draw immediate associations.

These fun and humorous characters made the video a hit outside of South Korea, but it was tactical social media use that also sent Gangnam Style into the world of viral videos. Psy’s record label looked to Twitter accounts related to KPop to boost the video before it had even launched, developing a sense of anticipation, and earning Gangnam Style 500,000 views in the first day alone.

It took a couple of weeks for the video to be picked up by the Western world, but once everyone took notice, it continued an upward traction. Psy, despite his anonymity in the Western world, became a household name and face, his song immediately recognisable and his net worth continuing to spiral upwards. The fun, brightly coloured approach was what caught the eye of over two billion viewers, increasing K-Pop’s popularity across the world, and a sharp rise in Psy’s own net worth.

The Rise of Grumpy Cat

On September 22nd, 2012, just a few months after Psy’s success began, images of Grumpy Cat (real name Tardar Sauce) were shared on Reddit by the Bundesen family. If you’ve been online any time in the past six months, it’s almost guaranteed that you’ve stumbled across a picture of this dissatisfied looking feline, who has reached celebrity status due to its underbite and feline dwarfism. After claims of Photoshopping were disproven, it didn’t take long for Grumpy Cat to turn into a meme, her image shared absolutely everywhere.

Despite doing very little to develop her career, Tardar Sauce has become somewhat of a household name. With covers on The Wall Street Journal and New York magazine, interviews on Good Morning America, and photo shoots with Time magazine, she is far more successful than the average person, let alone their pet. For those new to the Internet, it might seem bizarre that a family cat is garnering such attention, but what her owners tapped into is the emotional connection humans have to pets.

Tardar Sauce is not your average looking cat. With her downturned mouth and oversized blue eyes, plenty of people find her to be irresistibly cute. It’s the connection we have to animals, particularly small fluffy ones, that have made her so successful, tinged with the compassion we feel when we look at her perpetually angry face. Whether or not they intended for Tardar Sauce to go viral, the Bundesen’s tapped into the love humans have for household pets, inadvertently picking up on the stereotypes plenty of people have for cats, and with the sharing power of Reddit, a meme was born.

A meme is simply an image or a video that is shared thousands of time, meaning it has gone viral, and in 2013, Grumpy Cat was named meme of the year. Her rapid circulation led to movie deals, sponsorship deals, and merchandising, which led to Grumpy Cat Ltd being worth about $1 million by the end of 2013. (Syckle, 2013) That’s a lot of money for a small cat, particularly when her humble beginnings came from a few quick photos shared online, but that’s the power of the Internet. By tapping into our love of animals and household pets, the Bundensen’s and Tardar Sauce’s agent, Ben Lashes, have been able to make a very tidy profit for themselves, and all with what seems like very little work.

The Avalanche of the ALS Ice Bucket Challenge

Fast-forward a couple of years from Psy and Grumpy Cat’s introduction to the world, and a new style of marketing was going viral online. If you were at all active on social media in mid-2014, you would have seen copious videos of people dumping ice water over their heads in the name of the Ice Bucket Challenge, a marketing strategy devised to raise money for ALS research. The video style was simple and its message clear: donate money or pour a bucket of ice water over your head, or do both. It went global almost immediately, with Bill Gates, Justin Beieber, Mark Zuckerberg, Taylor Swift, and almost every other major celebrity donating money and dousing themselves in water.

It was innovation at its finest when it comes to viral fundraising ideas, and the ALS Association followed a few easy steps to make sure their idea had the longest staying power. Their first step? Sharing their videos with the right people. Though the videos had been practiced by a few people, it wasn’t until an ALS victim with connections in the US sporting world caught on that the video gained popularity. With one big influencer, the ALS Association’s videos were able to reach a huge audience in a short period of time.

The structure of the videos was also crucial. Tardar Sauce was cute, Gangnam Style was bright and flashy, and the Ice Bucket Challenge was devastatingly simple. With an average length of 30 seconds per video, the information of, “Donate or douse yourself” was easily communicated to the viewer. Despite people not knowing what ALS was, they didn’t care. It was fun, quick, and all their friends were doing it. The reactions were priceless, and with the majority of participants living in the northern hemisphere, the Ice Bucket Challenge was a good way to cool down on a hot day.

But what the challenge really tapped into was its feel-good factor. Whether or not we were donating, (and most people did, with $98.2 million raised in four weeks) people were still sharing the message and getting the word out there about this disease. By encouraging active participation, the ALS Association were able to get people across the world involved and feeling altruistic, a sure-fire way to make people feel good about themselves.

How To Make It Work For You

You might not be after 2 billion YouTube views or interviews about cat food with Good Morning America, but each of these marketing strategies has gone viral for a reason. It might not be as wildly successful for you and your business, but by following similar tactics, you can get the word out about your business.

You need to make sure your customers are sharing your business with other people, and inviting them to look at your page. The number of people being brought to your page by existing customers is known as the viral coefficient, and making sure you have a high number is crucial to your business’ success. To do this, you need one thing: relatable content that goes deeper than surface level attraction.

The key is to devise content that relates to your product or service whilst also tapping into innate human needs and desires. Grumpy Cat is cute and fluffy, and most people love animals. Gangnam Style was fun and catchy, an earwig in the musical sense yet also engaging and relatable through its music video. The Ice Bucket Challenge encouraged active participation and harnessed the feel-good factor to get people involved. It might not land you enough cash to replace your wrecked Rolls Royce with a Porsche straight away, but it could get your business off on the right foot. Not every business is able to create the content they need to rise above the crowd, but if you can, the Internet is out there, and it’s waiting for you!

The 3 skills every business owner should have.

Step back to leap forward. 5 ways to deal with stress.

Ready to retire from your small business?

Tech
Ready to retire from your small business?

Previous post Ready to retire from your small business?

Next post Step back to leap forward. 5 ways to deal with stress.

Step back to leap forward. 5 ways to deal with stress.